It's taken me longer to post about the various places visited and experiences had while on pilgrimage to Ireland. I've posted about one of the other sites already {Tlachtga/Hill of Ward}. I suppose in part it can be chalked up to lack of time and motivation, but it's probably more honest to say that I don't know what and how much I am comfortable sharing of the more personal details. There are a few more that I would like to do, so I will get to them eventually. :)

This post is focusing on Rathcroghan Mound and the Visitor Centre not too far away from the Mound in the village of Tulsk.

Rathcroghan is actually a complex of various sites close to one another, the most well known being the Mound. We visited but two of the many monuments this complex has to offer, the Mound and Oweynagat/The Cave of Cats {another post of that spot to come}. It is the ancient royal center of Connacht, most famous for perhaps its ties to the legendary Queen Medb.

We did a procession up the hill, and had a beautiful group ritual lead by Lora O'Brien and Jon O''Sullivan {who also run Eel & Otter Press}. It was fantastic to experience this site as well as others with Lora and Jon, as they are both super knowledgeable about not only Irish myth and folklore, but are dedicated to preserving that knowledge and the sites. Lora in particular has strong ties and background to Rathcroghan. The work they do has been invaluable, providing resources and accessibility to information, not just the specs and stories of these places, but also emphasizing the importance of etiquette and cultural understanding that is key for anyone who wishes to grasp the spirit of these places and their stories. I say this whether you are a Gaelic polytheist, some other stripe of Pagan or of some other faith {or lack thereof} altogether. If you are not Irish and are visiting these places, I can't recommend them enough. Even for those who might be a little bit more well read and fancies themselves informed, if you haven't checked out Lora's work, do so. 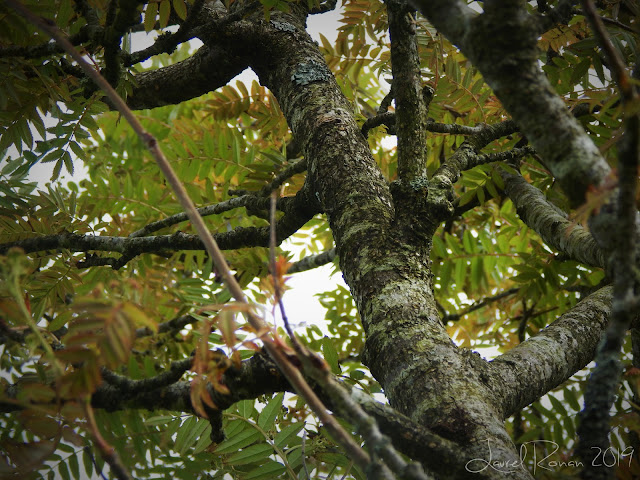 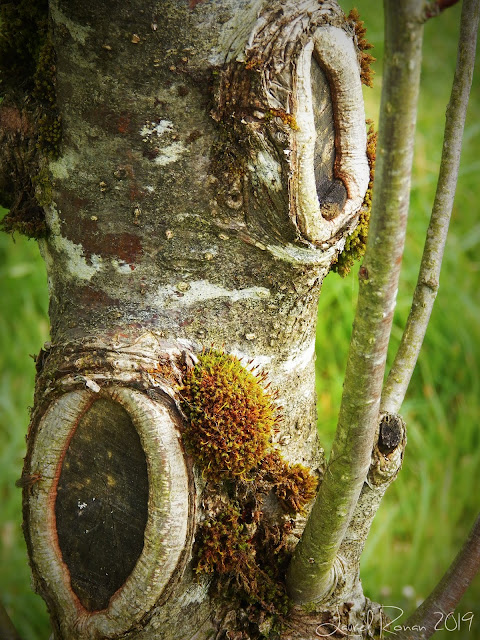 After the group ritual, we had time to do our own thing, some gathering in small clusters or as individuals. Once again, it was nature spirits who called to me, most strongly felt was that of a rowan who stands guard at the public entrance of the Mound site. This solitary tree yet another harbinger of the lone side quests that would make themselves known to me on this pilgrimage. 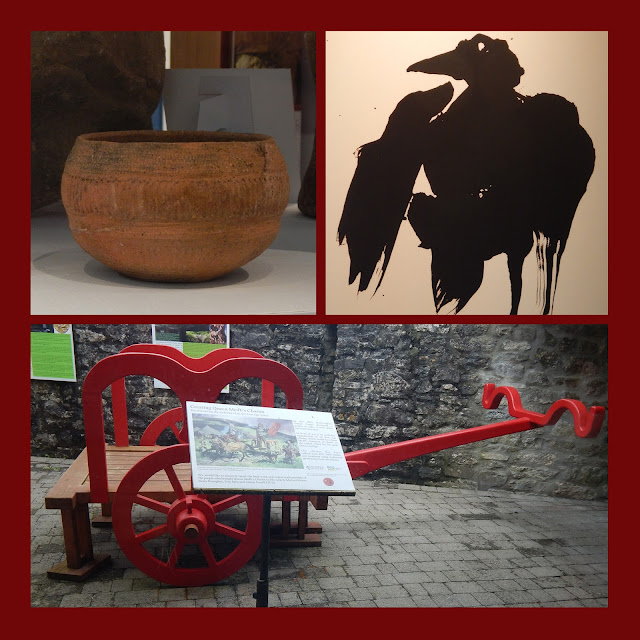 At the beginning and at the end of the day our coach bus stopped for a bit at the Rathcroghan Visitor Centre, which houses a great little heritage centre, a nicely stocked gift shop and the Tain Cafe {if you are used to North American-styled coffee, you are safe, they got you covered :)}. The folks who run the place are very friendly, and if that is not enough to tempt you, the stop just to sit on this pretty throne is worth it. 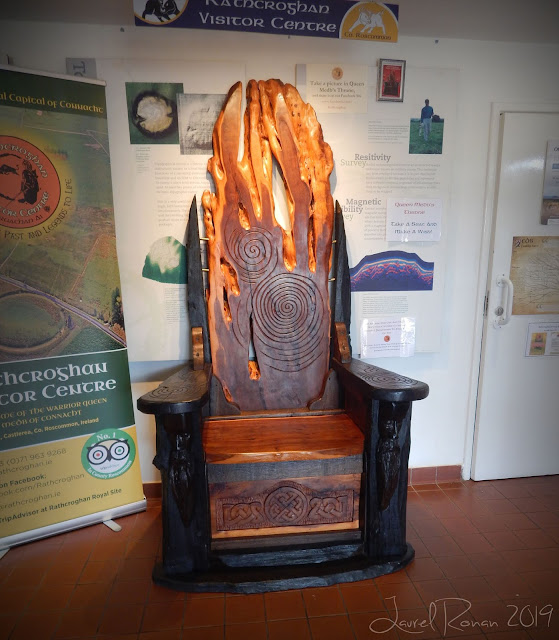 Some links of interest: 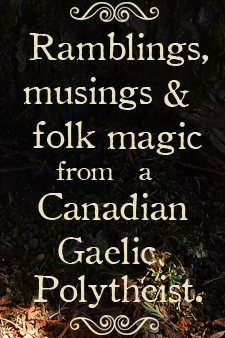 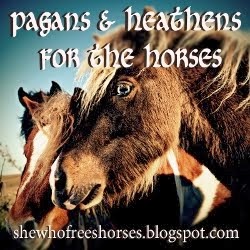